A new Patron Supporter in the adventure!

Horizon Baggage embarks with Use It Again!

FLASH-BACK : In 2018, to finalize the participation of the trimaran Use It Again! At La Route du Rhum, we launched a participatory campaign on the Kisskissbankbank platform. Among the many contributors, Frédéric Escolano, manager of Groupe Horizon Bagages, who quite simply wanted – in his name – to give a boost to the project and highlight the circular economy on the Route du Rhum.

Today, the story continues! Frédéric Escolano contacted Romain at the beginning of the year to join the project by getting involved with his brand "Horizon Bagages" as Patron Supporter of the Use It Again Endowment Fund!

Who are they ?
Creator of luggage since 2001, Horizon Bagages, based in Le Mans, is distributed in 7 countries in Europe. In 2010, the French company was the first to launch a suitcase from the recycling of plastic caps, the EARTH suitcase was born! "Today, the Soft model in RPET* is the symbol of the project around the circular economy that we have decided to carry out every day in our company for the next few years", explains Fréderic Escolano, director of the Horizon Bagages Group. “We passionately followed Romain’s Route du Rhum internally and it seemed consistent to us to move forward and commit to Use It Again! on the theme of the circular economy. »

*Recycling of Polyethylene Terephthalate from the food industry. Bottles of water and soda are probably the most common PET objects. 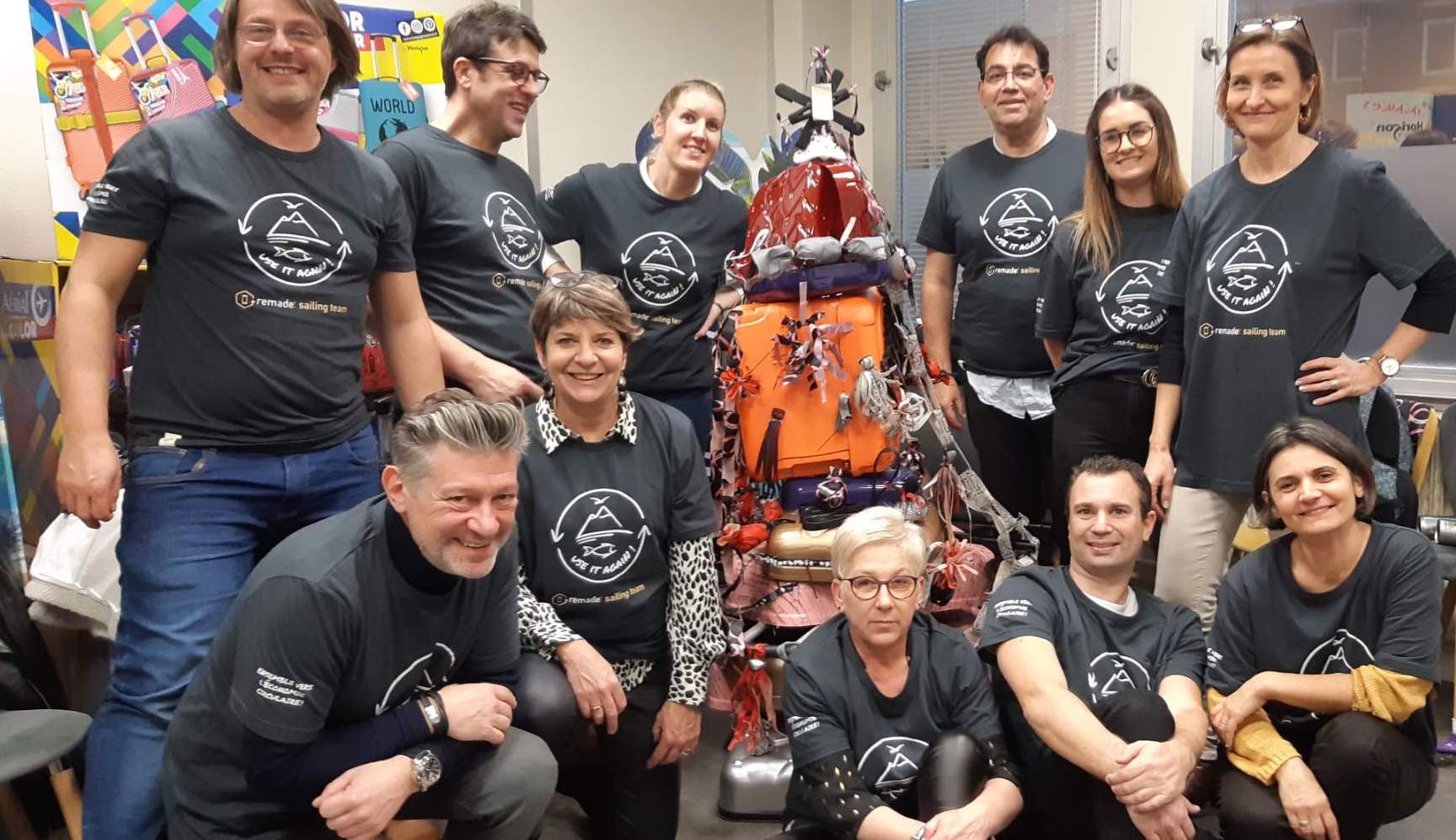 The Horizon Bagages team around their circular economy totem!