“The Route du Rhum since 1978 has forged a legend. It's a holy grail, it's our World Cup for solo sailors. So give yourself the chance to participate, even if you are the team of the smallest country, without any chance of winning, do not let yourself pass. In addition, we are in the square with the star countries. We will play alongside Italy, Germany, England, Argentina, Brazil. And then before winning the Cup, you must first play all the matches, and not go out on injury. So it's tempting…

In this reflection, we say to ourselves that the picture is too beautiful, that it would be the best time to talk about the change for which we are fighting, the circular economy. If we all have to change, then let's strike a blow! The Route du Rhum will be my World Cup. Use It Again ! like a battle cry, a cry of alarm for the planet, an invitation to change.

So are we a sailor or not? We take everyone behind us? His family, his relatives, his team? Let's go ? Let's go !

The budget is slow in coming, we doubt, doubt sets in, too late to set it all up with the trimaran still at the yard? We believe in. In Chinese, we unroll, we move forward, we don't listen to anyone. Here we go, sometimes bluffing and BAM, August 4, 2018, it's done. A certain Matthieu, as crazy as us, believes in our beautiful common history. And there, let's go, it's the full preparation,… 1000 lives in 3 months I tell you.

And that's it, we're leaving for the World Cup, well surrounded with a great coach. Arriving in Saint-Malo is a bit like entering the Maracanã for a football player. Here we are, it's the preparation, it's the media, it's the photo poses with Brazil, Argentina, etc.… a waking dream for a small amateur country that is still looking for enough to pay the last salaries. We take advantage of it, we are focused, we are preparing, making the boat more reliable… arrive in Guadeloupe.

Whistle, here we go, we attack hard to enter the game. The game is on, a Pointe de Bretagne to get quickly. It's good, it's done, without breakage. The rest of the table is complicated: injuries, expulsions, but the tournament is not over. The best players are no longer there, the team is handicapped but the supporters are on board, the sponsors more loyal than ever, the supporting staff, concentrated, believe in it. And it's the final four, there will be no victory but finishing this World Cup is already a feat. So this small country deserves its place on the other side of the Atlantic. With all the commitment, tears and sweat, my personal Odyssey is being written straight ahead, 1000 miles ahead of my bows…”

Romain on the Atlantic, 1150 nautical miles from the finish 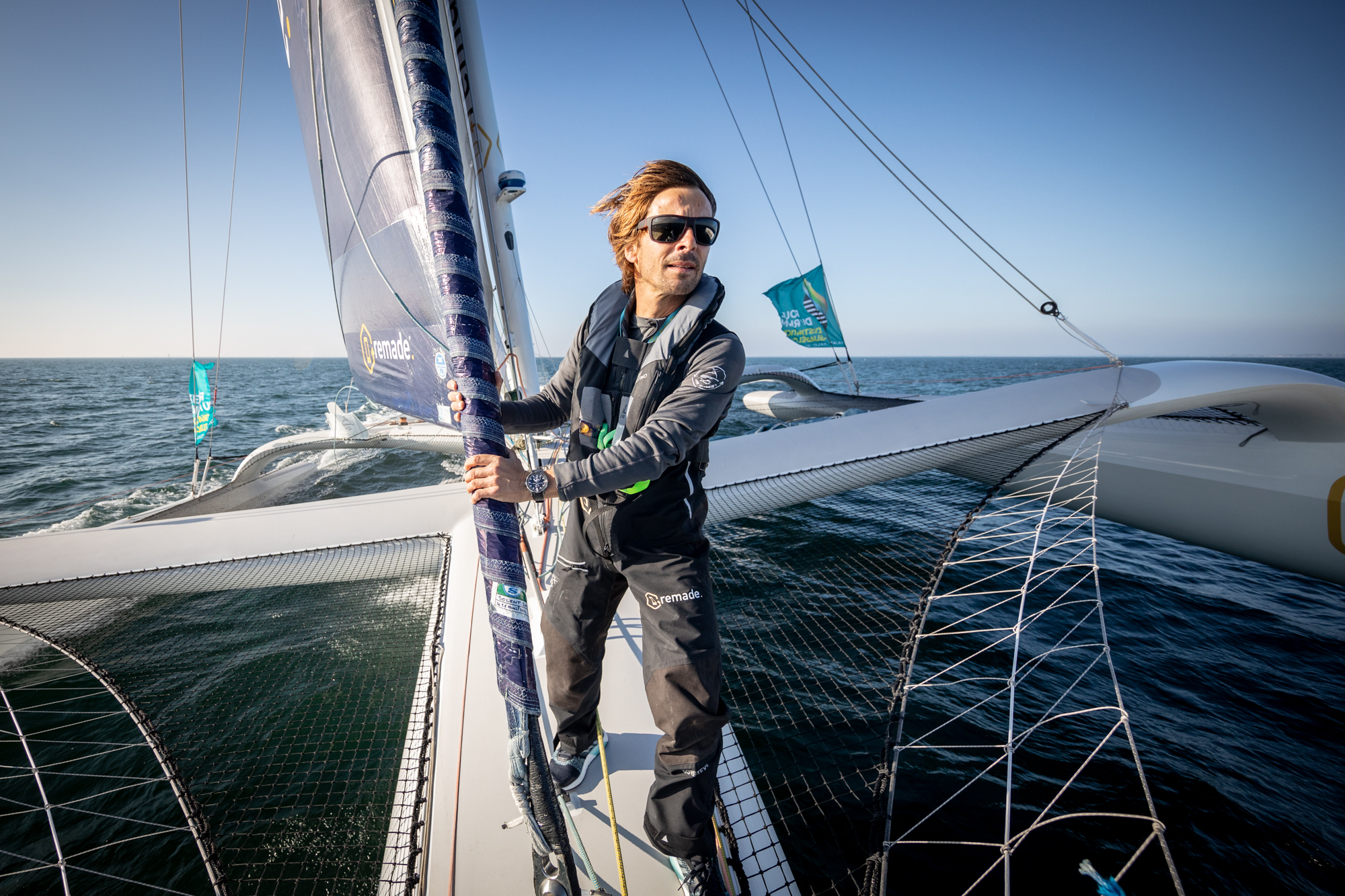