Departure of the trimaran from Cadiz: in Spain

Romain Pilliard and Alex Pella, the crew of the circular economy trimaran Use It Again! will set off from Cadiz in Spain at the beginning of December to tackle the Westabout Round the World Record Attempt against the prevailing winds and currents. At the helm of a reconditioned trimaran, the Franco-Spanish duo is determined to show that it is possible to think performance and live exceptional adventures while minimizing the impact on the planet. Romain and Alex will leave their home port of Trinité-sur-Mer on 28 November to begin their stand-by in Spain.

Cadiz, Andalusia, a departure and arrival in Spain to celebrate the 500th anniversary of Magellan-Elcano (first voyage around the world).
In 1519, Fernando Magellan was the first navigator to imagine this impossible route to the west, in search of the precious spices of the Orient. This Spanish expedition around the world was not completed by Magellan himself (read the story of this voyage here), but by the Basque sailor Juan Sebastian Elcano in 1522, proving that all oceans communicate and that it is possible to sail around the world – a date forever written into history!

Five hundred years later, Alex Pella, the Spanish co-skipper of the trimaran Use It Again! “At home” in the footsteps of these famous explorers, a fitting way to commemorate the greatest maritime exploit in history. The Use It Again! crew will set off from La Trinité-sur-Mer on Sunday 28 November for an 800 nautical mile prologue to the Puerto Sherry marina in Cadiz, southwest Spain. This will be a final full-scale training session before tackling the big one: a round-the-world voyage of over 34,000 miles (63,000 km).

A Westabout Round the World Record Attempt to change the meaning of things
Built in 2003 for the British Ellen MacArthur, this 23-metre trimaran was refitted by the Use It Again! team in 2016. The aim was to save this trimaran and reduce the impact of its refit on the environment as much as possible according to the principles of the circular economy: Reduce – Reuse – Recycle. Reliable and robust, after a Route du Rhum in 2018 and many miles sailed to promote the circular economy, it is now the ideal boat to set off on the Westabout Round the World Record Attempt. Attempting this record with this legendary trimaran is a sporting and technical challenge with almost no impact on the planet. Like a Jules Verne Trophy on a new boat, Romain Pilliard and Alex Pella, convinced that the notion of performance does not necessarily involve a race for innovation and technology, want to prove that the human adventure will not be any less beautiful and that it will make most people dream in a different way.

On this record, the Use It Again! duo will also use the miles they cover to support the work of Olivier Adam, a scientist specialising in cetacean noise emissions and ocean noise pollution. Underwater microphones have been installed under the central hull of the multihull to make regular recordings throughout the journey. At the end of the round-the-world trip, Olivier Adam will produce a sound map of the oceans, a world first! 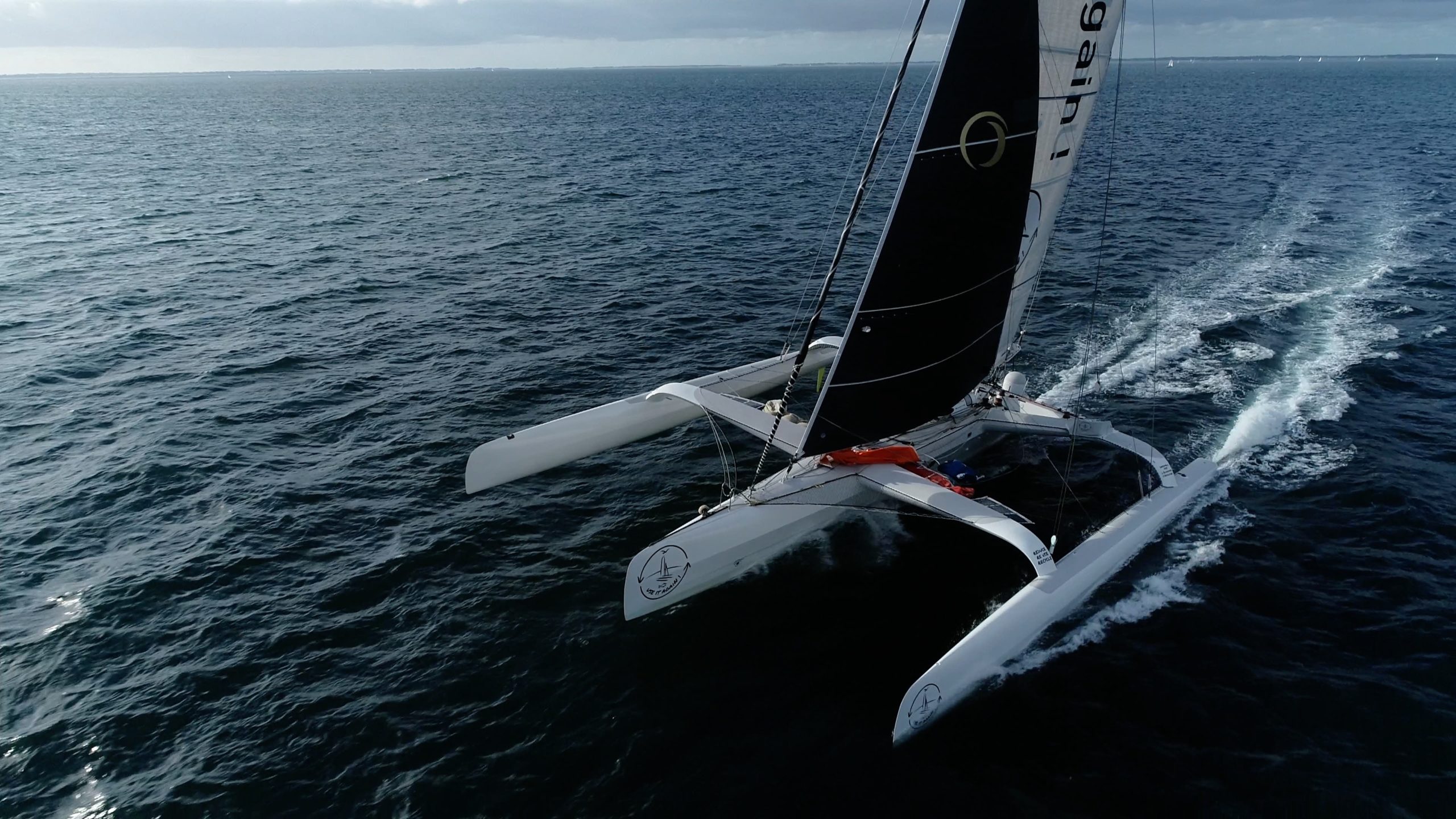