After a short week of forced stopover on the island of Reunion, the time to let pass a depression in the South of Madagascar, the Trimaran Use It Again! team by Extia left the marina of the City of the Port this Tuesday noon for a stage of 2,300 miles to Cape Town which promises to be already strewn with pitfalls!

It's winter in the Southern Hemisphere, and it's not good to sail in Indian waters at this time of year. After 167 days of adventure since the departure from Lorient for Romain Pilliard and his trimaran, it has been decided that the remaining 2,300 miles to be covered on the Indian Ocean will be duplicated with Pascal Riera, sailor and preparer.

"We will not be too many two to ensure the passages of the Cap des Aiguilles and the Cape of Good Hope. Weather conditions change very quickly and change drastically from one day to the next. It is difficult to project but we must go because we may not have an ideal weather window for several days or even weeks. The clock is ticking, I have a Route du Rhum to prepare!

Christian Dumard, our meteorologist has already mentioned several options in case of degradation of weather files with strong wind close and a swell of the Indian which is among the most difficult on the planet. We will surely do a stand-by of 24-48 hours in the Mozambique Channel before continuing to Cape Town. We managed to find a small team of preparers in Reunion, the trimaran was well prepared, we leave in good conditions", romain Pilliard explained before leaving the pontoon.

Thank you to the whole port team, thank you to Jérôme, Fanch, Loup, Max, Félix for the maneuvers this morning! 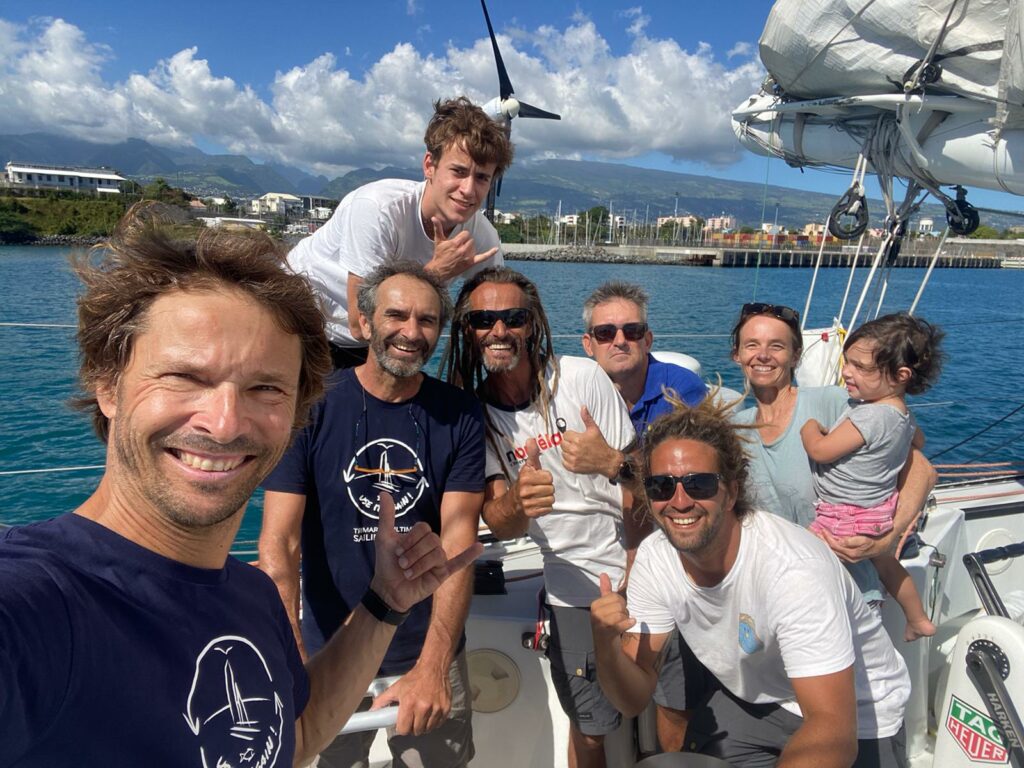