For better and for worse

It has already been three weeks sinceUse It Again! team set off on the Westabout Record Round the Attempt. Romain Pilliard and Alex Pella continue their descent of the Atlantic along the coast of South America and are currently at the latitude of Argentina. If the two sailors already have an eye on Cape Horn that they should cross at the beginning of next week, the duo of the trimaran of the circular economy has had to deal these days with some technical and disappointing repairs such as traces of oil on the boat, proof if it were necessary of the pollution of the Ocean.

«This descent of the South Atlantic is not as fast as expected but offers us fabulous moments. It's crazy like at sea, the feelings, the emotions, the feelings are increased tenfold. We have periods of euphoria, of total symbiosis with the Ocean, with the boat. I have never experienced such beautiful sunrises and sunsets in my entire life. Incredible colors, it's almost unreal. We also pay special attention to a beautiful surf, to a maneuver well done alone while your teammate sleeps serenely. Our days are punctuated by a multitude of simple little pleasures.

And then, there are the bad times too, in the same way, a small problem can very quickly take on greater proportions on a boat. We had this weekend a bad surprise on a gennaker drisse that could have broken. We managed to repair it in time, to understand why it had worn out prematurely, and after an afternoon of seamanship and a beautiful climb of Alex at the top of the mast (30 meters above the sea), here we are attacking for the rest!

In addition, since we walk along the Brazilian coast, we have seen and smelled the smell of oil platform fields, it's impressive! And this morning, I discover that we had to pass through an entire oil slick because there is everywhere on the port float, the starboard bow and on the aft beam. It drives me crazy! Beyond establishing a reference time on this route, we are also here to testify to the beauty of the Ocean, to note this omnipresent pollution and to raise awareness of the urgency of protecting this Ocean. " says Romain Pilliard.

Next stop of this World Tour upside down and not least: the mythical Cape Horn! Christian Dumard, team meteorologist and routerUse It Again! team has been observing and analyzing for several days the different weather models to allow the crew to cross it in the best conditions. And for now, the least we can say is that it promises to be complicated. Be continued…

The recap’ of the first 20 days of the Record in video, it's here: 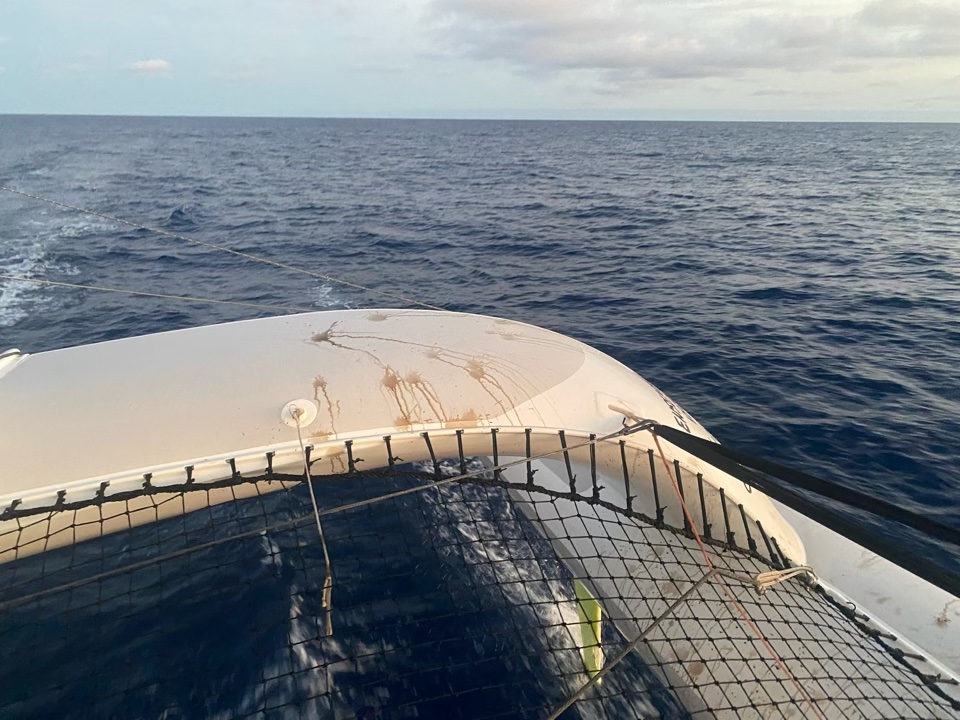 Oil on Use It Again!