A precise point on the next hours

Romain and Alex have not been idle in the last 24 hours to advance as quickly as possible and take shelter from a big depression as they approach the Lemaire Strait. The two sailors had a great day (the most beautiful since the start) with more than 400 miles covered (741 km) and nice peaks at 27 knots. They have just taken over the Falkland Islands and are heading to the North of the Isle of States where Use It Again will be sheltered from the strong wind while waiting for the passage of Cape Horn.

«We're so motivated not to find themselves in 30 knots of wind for hours so we must break before the tipping to the South. omorrow morning around 6:00 am Tu, we will take shelter in the North of the Island of States. There, we will enjoy the local specialties for a day, then on Monday 31 in the morning, we make a jump of 100 miles and we will quickly take shelter north of Cape Horn until Wednesday, February 2 to get off our shelter to Cape Horn (60 miles), we will pass the Cape at night and we will start to do West to win in the Northwest and not get smashed by the next cartridge. The European model is top for the passage of the Horn and the GFS not so good. But we know that this can evolve until the last moment so, please, let's organize a collective "finger crossing" for the Europeans to win against the US (it's going to be the Ryder Cup of Cape Horn). Oh yes, I forgot, the water went down 8 degrees in 3 hours (12 degrees now) and we close the door for drafts because it starts to curdle outside... It’s winter on board but the problem is the location of the chimney, the boat is too small! » Romain. 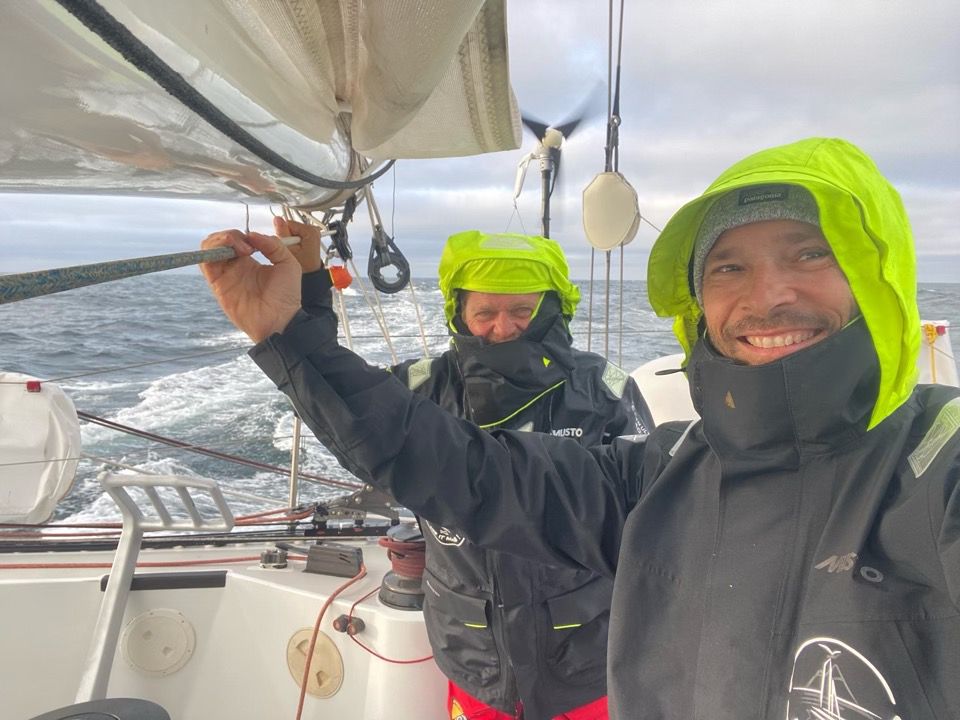