Since passing Cape Horn last Thursday, Romain Pilliard and Alex Pella, the Trimaran duo « Use It Again! » who have engaged in the Westabout World Record Attempt, are now sheltered in the channels of Patagonia in order to let several depressions pass, which stand in the way of the Pacific. Until this Monday, the conditions have been particularly mild, but this night, shortly before 6 a.m. (FR), they were in a squall at more than 50 knots…and this wild and remote region of the planet reminded the crew again ofUse It Again! team how much she could also be powerful and unpredictable.

«In the middle of the night, the wind rose in one fell swoop from 10 to 50 knots. We sailed with 4 laughs in the Mainsail in the middle of the channel between Darwin and Chair, fortunately, we had a little room to maneuver but in the violence of the grain, in the dark night, we went straight at more than 12 knots on the isle of Chair. In the emergency, we had to make two empannages not to go straight on the island and we have a little breakage to deplore on the boat this morning. More fear than harm, we are not hurt but we have escaped the correctional Romain Pilliard explains briefly this morning, "we were surprised, no weather model announced this "

Concretely, Romain and Alex have already been able to identify the breakage of a mainsail slat, a slat case and a grand-Voile slat trolley. For all the damage already identified, they have repair or replacement solutions but this requires a particularly physical and complex work (including slouching the mainsail on deck) in weather conditions not conducive to this type of operation. There are still 30 knots at noon. Currently, the two skippers are looking for a favorable shelter that combines wind protection and "leakage" options in case of strong wind to repair as soon as possible. Once these steps are completed, ideally before nightfall on Tuesday, it will be necessary to position yourself upstream of Cook Bay to face the passage of tomorrow's depression.

«Tomorrow's conditions are unfortunately attributed upwards to this morning's files. Romain and Alex are no longer safe in their current shelter because gusts at the top of the reliefs are supported at 60 knots with heavy snowfall - gusts which can very well descend between the fjords. The ideal, even if the wind will be very strong, is to position themselves again in Cook's Bay where they will be more maneuverable and farther from the mountains because the site effects are very important, especially at night when it is colder there"explains Christian Dumard, router and meteorologist.

This option of positioning itself in Cook's Bay also makes it possible to seize the opportunity (still to be confirmed) of a short window on February 10 to embark on the Pacific crossing. Finally, if tomorrow's weather conditions prove too dangerous for the crew and the boat, Romain and Alex could then take refuge in the Beagles Channel. 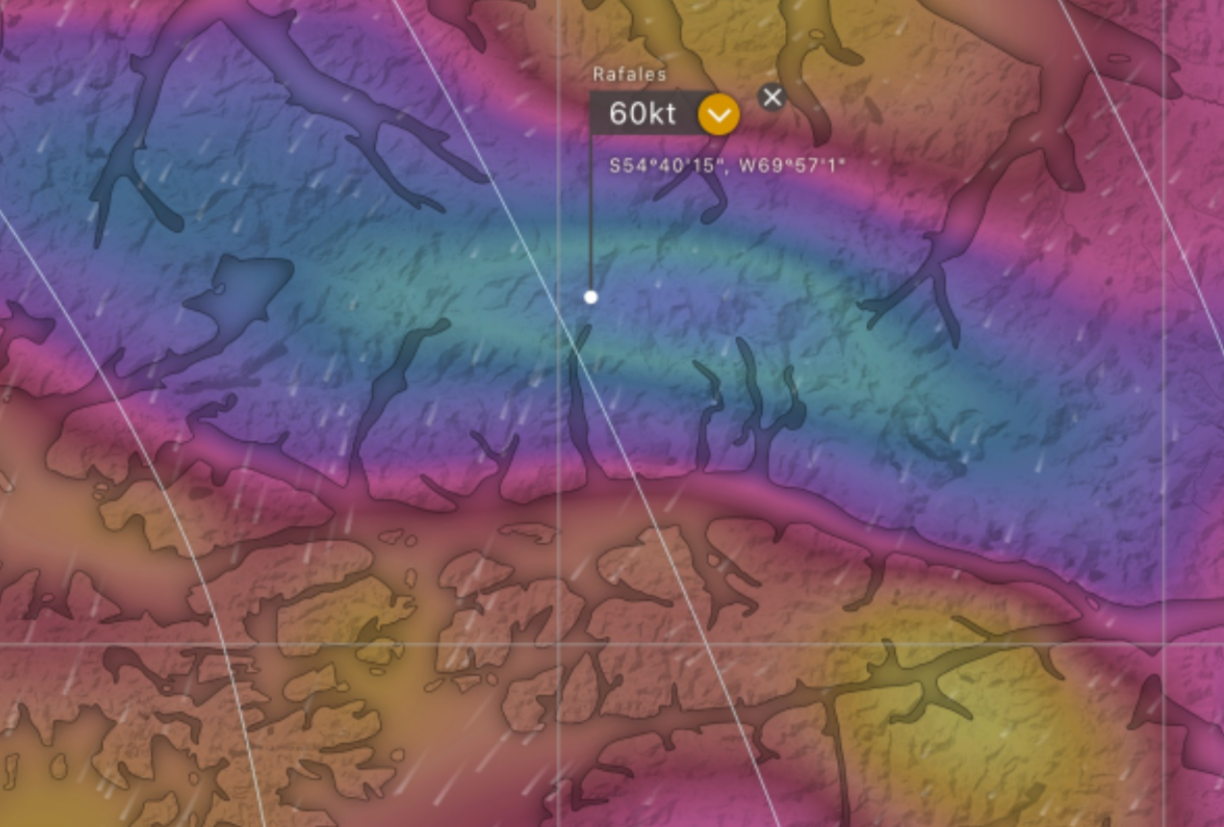