The proliferation of Sargassum

Since this beginning of the Westabout Record Round the World Attempt, Romain and Alex were not spared by the Sargassum, these brown algae that gradually line the surface of the Ocean before running aground for many on the east coast of the West Indies.

Sargassum has been around for hundreds of years (Christophe Collomb was already talking about these brown algae from the Atlantic). Today, they proliferate abnormally (X 10 in 10 years) with catastrophic consequences for corals and some species of fish they suffocate. Sailors have become great witnesses of this multiplication of Sargassum and now have to deal with this phenomenon in the race, entire fields of algae stand in front of the bows of the boats, slowing them down significantly in their race against time. Floating on the surface, not very visible from afar, difficult to avoid them, sargassum get stuck in the rudders and the drift of boats. A pesky phenomenon for sailors but a lesser evil compared to the dangerousness for humans once on the coast. As they dry, they release hydrogen sulfide and ammonia, which can cause headaches, nausea, vomiting, trouble breathing and dizziness.

Teams of scientists are studying the origin of this proliferation of sargassum, the first studies show that it could be due to the intensive cultivation of cotton in Africa and the massive destruction of the mangrove of Latin America which previously allowed to retain a large part of the nutrients from the Amazon River in particular, these nutrients promote the development of Sargassum.

It is now possible to observe the movement of Sargassum with CLS, the expert in Earth observation and space oceanography has placed the areas concerned under high satellite surveillance. CLS maps Sargassum on the Atlantic every week and projects such as the Sargasse Project of Pierre-Antoine Guibout are studying the possibility of turning them into paper or cardboard. 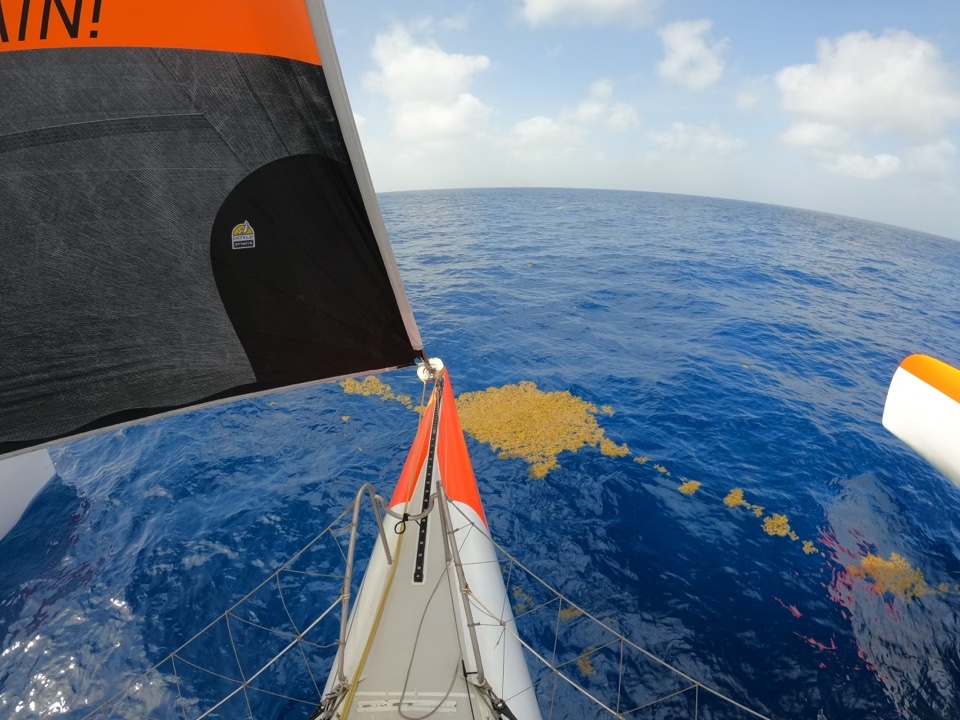