Slight hit with an UFO

At the end of the evening, Romain and Alex warned the team that they had just hit an UFO (unidentified floating object). More of a scare than harm for the trimaranUse It Again! which is still able to continue its journey towards the Equator. However, it is always a distressing observation that the ocean is strewn with waste.

Romain's explanations:«“We felt a hard shock, probably a can. I jumped out of my bench! Fortunately, it was only the rudder in the wind that hit it, and although it was damaged a bit, it is not broken.  We are able to continue our trajectory, but it reminds us that we are at the mercy of this marine pollution, and that everything can stop in a fraction of a second”. Romain and Alex have taken on board everything needed to repair a rudder and even have a spare rudder, but this proves to be a tricky maneuver to carry out at sea.

A collision with an UFO is the fear of all sailors. Admittedly, boats are becoming increasingly faster and more fragile, but above all, it is the amount of waste floating between two waters that has increased over the years. More than 10,000 containers are lost at sea every year…cans, barrels of gasoline and other crates are voluntarily thrown from boats and traverse the ocean according to the storms. And, this is without even mentioning all of the things thrown into the sea from land…a disastrous situation for fauna and flora. 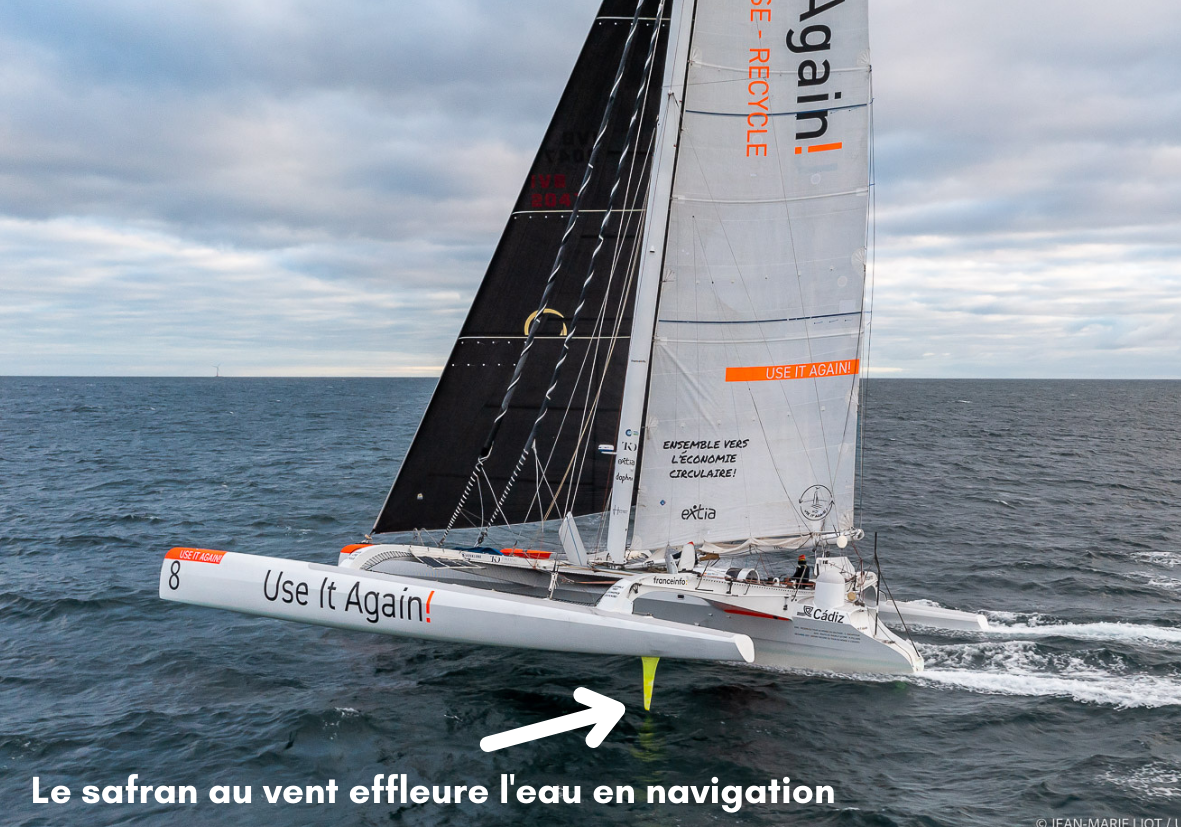