“Prove that we can do things differently”

Leaving Saint-Malo on November 4, Romain Pilliard, skipper of Remade-Use It Again, the circular economy trimaran, is starting his last week of racing on La Route du Rhum-Destination Guadeloupe. He is in 4th place in the Ultimate category this Wednesday, 1,370 miles from the finish line where he is expected on Monday.

At the helm of his giant reconditioned 23-meter trimaran, the sailor, who is on his first Route du Rhum, had to deal with several technical problems which reduced his speed of progress towards Guadeloupe but not his determination! Obviously, Romain would have liked to lengthen his stride in the trade winds, but he is forced to sail with his smaller sails to avoid dismasting following the breakage 9 days ago of his backstay chainplate, one of the parts that holds this 30 m mast. meters. It is therefore at reduced speed that the trimaran will reach the port of Pointe-à-Pitre. Regardless, the main thing is to arrive and complete this first major race for the circular economy trimaran!

The Route du Rhum-Destination Guadeloupe is a first step in the Use It Again project. The objective is to demonstrate that we can simply imagine things differently, that everyone at their level, in their field, can try to move the lines. " This Route du Rhum, I want it to serve to raise awareness, to challenge the children of our partners' employees, those who follow the project in schools… If it allowed all these children to put a definition on what the circular economy is, then it's already won for me, no matter how long it takes me to get to the finish line. »

THE 3 R'S OF THE CIRCULAR ECONOMY: REUSE, REUSE, RECYCLING 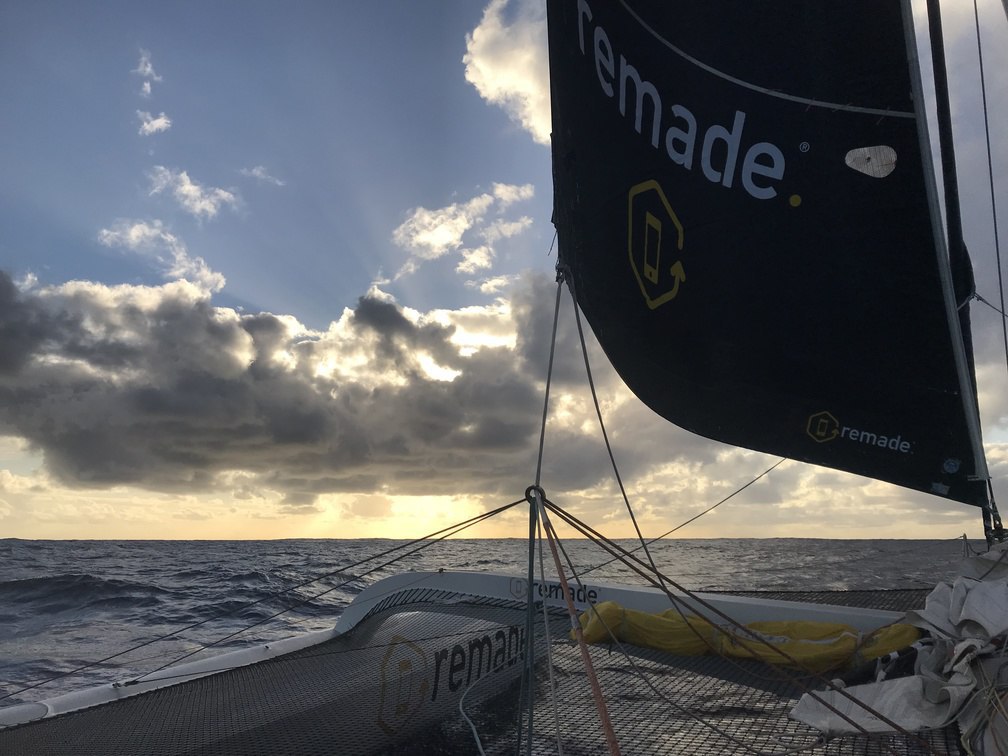