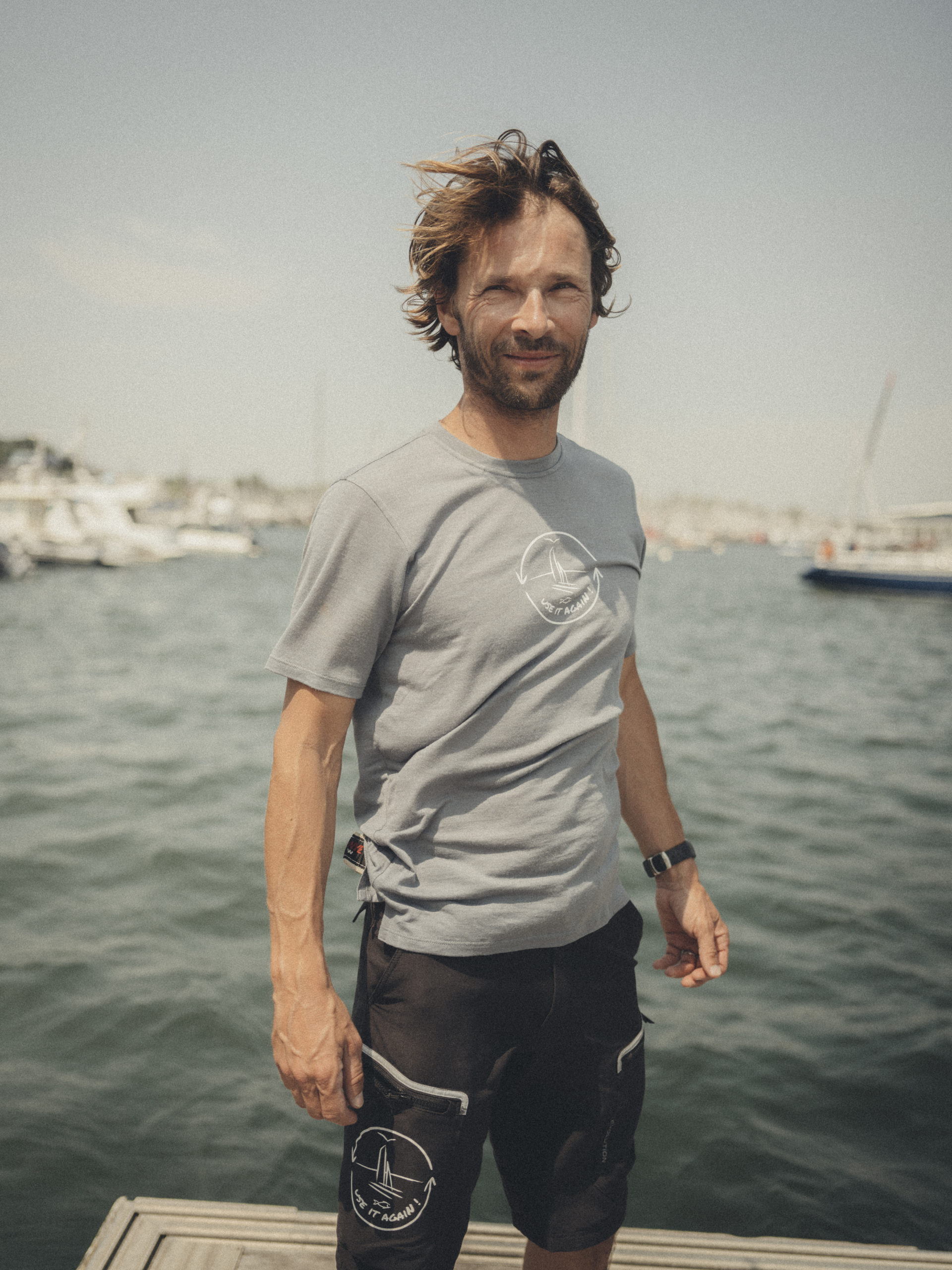 married and partnered with Aurélie Pilliard,

father of 3, Titouan, Colas and Jodie.

Born in Paris, Romain discovered sailing with his family in Brittany, and regatta during his studies at ’ESSEC BBA. He will then participate as a teammate in the Tour de France à la Voile in particular with the selection crew for the America's Cup.

After a first professional experience, Romain embarked on ocean racing and took part in the French solitaire championship with the Solitaire du Figaro in 2000 and 2001.

He will then navigate as’a team member on IMOCAs, notably with Ellen MacArthur, as well as on multihulls ORMA 60, MOD 70…

They imagine and organize the TOUR DE BELLE-ILE in 2008, which quickly became the largest sailing race in France bringing together 500 boats on a starting line. An annual event that has become a classic bringing together professionals and amateurs, which celebrated its 11th anniversary this year.

Entrepreneur and travelerhe has lived nomadically for several years to navigate, develop EOL's activities abroad, and travel with his family.

It's between Brittany, Shanghai and Auckland, that project USES IT AGAIN! was born.

“I have spent time at sea, I have travelled a lot, especially in China, and we can only be shocked by what we see, pollution, plastic, irrespirable air, unsafe water, climate change… We realize that we have gone too far!

We must quickly find alternative solutions to our economy, to our consumption patternsMany initiatives are underway, but change must concern everyone, and all areas. In ocean racing, and high performance sport in general, we still have a long way to go, but nothing is impossible.

Already, on all events that our agency EOL Sports & Lifestyle organisewe are concerned not to leave any mark on the environment. This involves waste management, the reuse or transformation of furniture and signage from one edition to another, awareness and empowerment of participants, commitment to a foundation for the protection of the environment...

Promoting the circular economy with the Use It Again! is part of the continuity of this commitment.