Breakage of a backstay chainplate

Breaking of a backstay chainplate on Remade-Use It Again

At 9 p.m. Sunday, Romain Pilliard, skipper of the Ultime Remade-Use It Again trimaran racing on La Route du Rhum-Destination Guadeloupe contacted his shore team to inform them that the starboard back shroud was no longer attached to the trimaran's float, the chain plate having torn off. Everything is done so that Romain can repair as quickly as possible and continue his journey to Guadeloupe.

A new challenge: repairing at sea
Sunday evening, the trimaran was progressing at around fifteen knots at 300 miles in the North-East of the island of Madeira, when Romain Pilliard discovered that the starboard backstay, one of the cables fixed on either side of the mast to hold it was detached from the float. "It’s a big blow ... I was afraid at first that my mast would fall and my Route du Rhum would end there. I immediately reduced my mainsail to three reefs to secure the mast and contacted my team ", explains Romain. Its technical team, supported by Roland Jourdain, searched for solutions all night long with Benoit Cabaret, the architect of the boat. At the start of the afternoon on Monday, the latter was able to send him a roadmap so that he could start the repairs, the objective being to secure the mast by securing the backstay to the rear of the starboard float.

The consequences of extreme weather since the start
This Route du Rhum-Destination Guadeloupe is decidedly rough and complicated for the boats involved but the skipper of Remade-Use It Againremain optimistic. "I lost a battle but not the war! Like the other competitors, my boat suffered from the extreme conditions last week, but for my part, I am still at sea, still racing and that is part of the adventure of the Route du Rhum. My ambition is always to cross the finish line at Pointe-à-Pitre, I won't let go ... "

The weather report with Christian Dumard, the router of Remade-Use It Again

« This Monday, Romain still has to deal with a beautiful swell which complicates the completion of his repairs a little. For now, it is benefiting from downwind winds, but it will have to negotiate two small upwind transitions in the next few days before it really hits the trade winds. Although her speed will be greatly reduced on starboard tack, she will nevertheless be able to operate on port tack under almost normal conditions. We will adapt the routings to the constraints of the moment. If all goes well, we can imagine an arrival in a fortnight», Specifies the meteorologist. 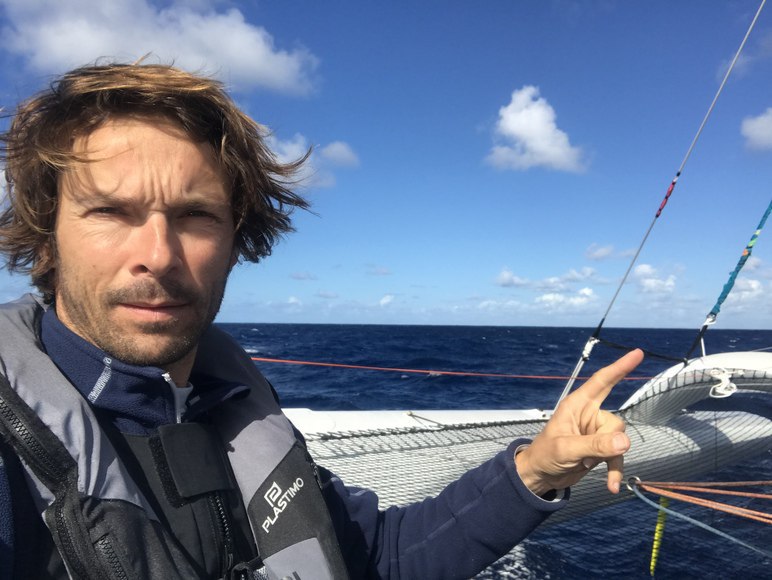 DIDN'T YOU UNDERSTAND EVERYTHING? LISTEN TO THE EXPLANATIONS BY ROLAND JOURDAIN, ALIAS BILOU