Discover Children For The Oceans with Romain as partner!

29 September 2021
Romain, partner of the Children For The Oceans association

The sailor Romain Pilliard, committed to the protection of the ocean and the promotion of the circular economy, has become a partner of the Children for the Oceans association and is taking children on board his Westabout Round the World Record.

Invited to the World Conservation Congress in Marseille at the beginning of September, the Children for the Oceans Association and Use It Again! announced their partnership on this Westabout Round the World Record.

Children talk to children!
The association Children for the Oceans was founded in June 2018 by 15-year-old Thomas Lesage. While sailing around the world on a school boat, the teenager speaks at various schools about his experience. "This trip taught me a lot about myself and above all, I had a big realization about the importance of the ocean. Today, it is dying, I can't stand it", explains Thomas. He set up a network of young ambassadors all over the world, young people who regularly intervene in the schools of their respective countries to raise awareness among children about the protection of the ocean in a simple and playful way. The community created around the project already gathers more than 800 child-members and 12 ambassadors around the world, who like Thomas are curious and concerned and wish to contribute to the safeguarding of the oceans.

Use It Again! : a concrete example of a circular economy
This summer, Thomas met the navigator Romain Pilliard in La Trinité-sur-Mer. The feeling is immediate! The Use It Again! project appeared to the Children for the Oceans association as an excellent example of how to talk concretely about the circular economy, a subject that is not always obvious to children, while at the same time embarking them on an adventure around the world and a unique sporting challenge.

"I have always been convinced that the notion of performance does not necessarily involve the race for innovation and technology! Absolute performance has an ecological cost that Man can no longer assume. Attempting this record with this boat is also a sporting and technical performance but with almost no impact on the planet. I want to show that not only will the human adventure be no less beautiful than on a Trophée Jules Verne with a new boat, for example, but that it is necessary to make as many people as possible dream in a different way", explains Romain Pilliard, skipper of Use It Again!, who is happy to embark the association in this adventure.

"Children are our best ambassadors, I spend a lot of time in schools and I am also a sponsor of a school in Guadeloupe. Raising awareness among children has a wider impact on the family. I am the father of three children, two of whom are teenagers, and they are growing up aware of the importance of making things happen for our planet. We must trust this new generation". adds Romain Pilliard.

In regular contact with the association Children for the Oceans throughout the year, Romain Pilliard and Alex Pella will exchange and intervene in videoconference with the schools and will share the major stages of their world tour which will be relayed to the four corners of the world in the schools by the children ambassadors of the association and the schools.

Discover here the association Children for the Oceans 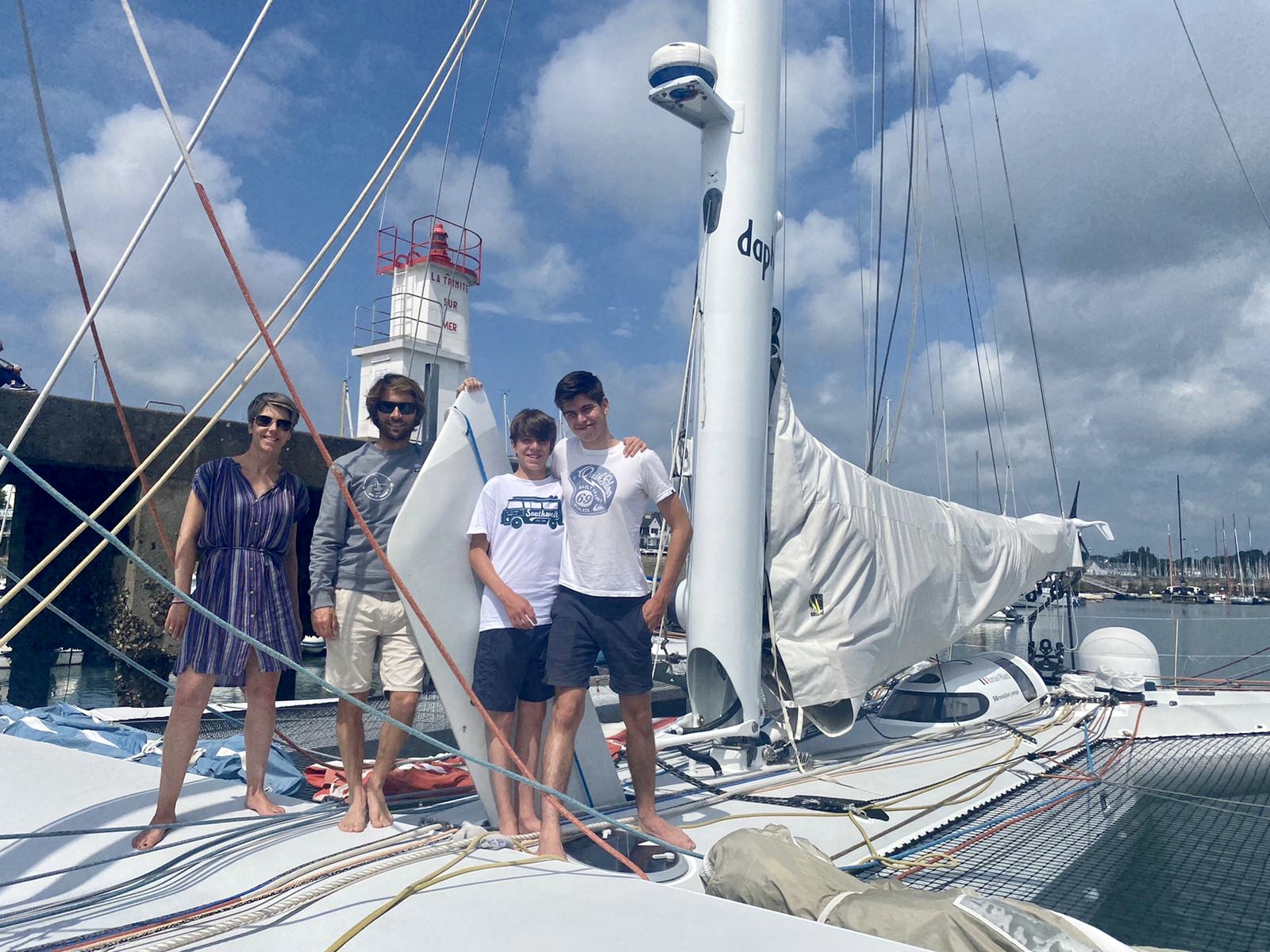