See you at the Narcisse Geoffroy school

Romain returned to Guadeloupe at the beginning of the year, 2 years after the Route du Rhum, during a stay thanks to Arawak Beach Resort and @dreamyachtcharter who are among his partners.

He took the opportunity to take time to raise awareness among the youngest about his project.

He therefore visited the Narcisse Geoffroy school in the Abymes district, of which he is proud to be a sponsor.

He exchanged with the children on the need to live better while respecting the nature that surrounds them.

He explained to them his motivations and his desire to protect the environment while sailing on this legendary trimaran to which he gave a second life.

> Living by consuming less but better

> Throw waste away responsibly and protect your environment, beaches and marine wildlife

He will meet the schoolchildren again, in less than 2 years at the arrival of theROUTEDURHUM2022

but in the meantime has set up a waste reduction roadmap at school that he will follow by video regularly with the children and their teachers. 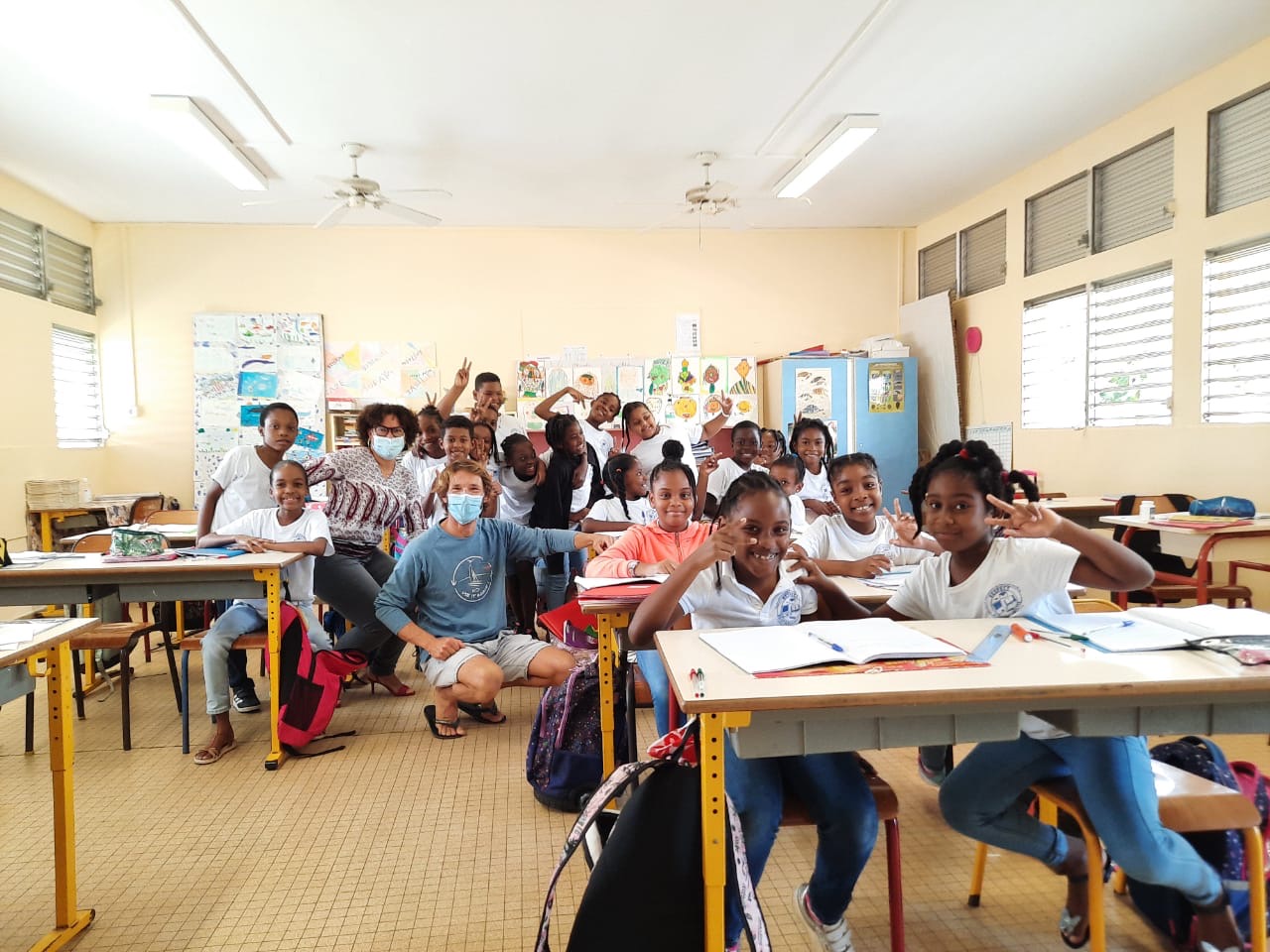