Christian Dumard on the 122 days to beat

On Tuesday, Romain and Alex set off in doubles for the Round the World Upside Down record with the aim of setting a new benchmark time in crew and multihulls. Jean-Luc Van Den Heede's all-time record to date has been in 122 days in solo and monohull, so the sailor will keep his record no matter what.

On the other hand, to validate their reference time by the WSSRC, Romain and Alex will have to be faster than Jean-Luc Van Den Heede.

Details from Christian Dumard, router and meteorologist : ” There are several categories to approve a record. Monohull / Multihull – solo / crew – less than 40 feet, less than 60 feet, all sizes. Note that a multihull record can only be validated if it is faster than the monohull record. VDH now holds the absolute record. If Romain and Alex succeed, they will have the absolute record in crew. But VDH will still have the absolute record in solo (Monos and multis combined) and the record in monohull (solo and crew). He put in a great performance and holds a great record that is not about to fall. The reference for Romain and Alex remains the time of VDH if they want to be the fastest crew in multihull. If they take more than 122 days, the record will not be homologated.” 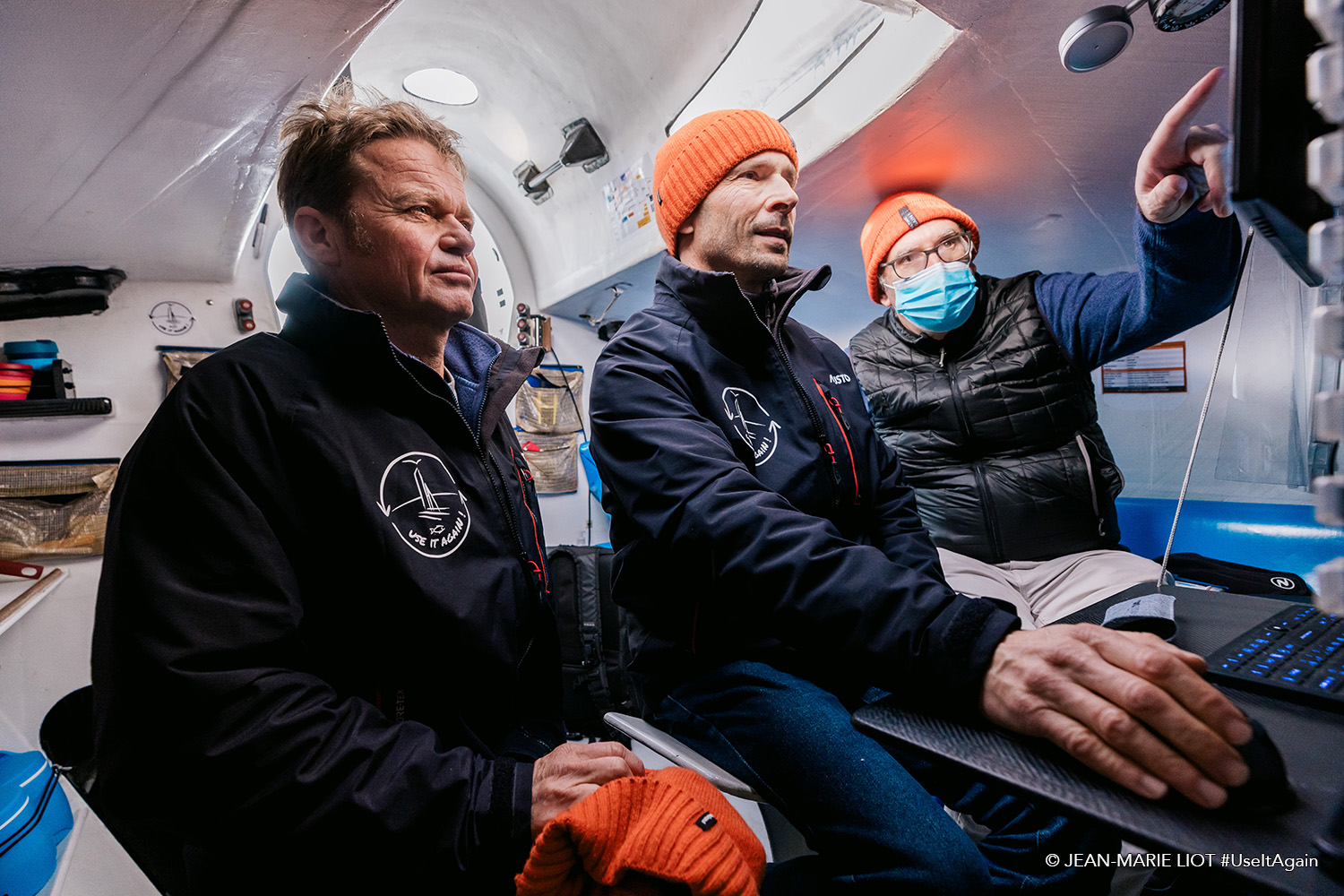 Departure of Romain Pilliard and Alex Pella aboard the trimaran Use It Again, for the record for the Round the World Upside Down without Stopover, Lorient, January 4, 2022
Photo © Jean-Marie LIOT # UseItAgain