After reading the latest weather files, Christian Dumard, router and meteorologist, gave his “Go” to the crew of the Trimaran Use It Again! team.

Romain Pilliard and his Spanish co-skipper Alex Pella tomorrow, Tuesday January 4th, will set off on their attempt at a Round the World Record Upside Down. For now, the duo could cross the starting line between 4 p.m. and 5 p.m. mardi.

The explanations of Christian Dumard: «Tomorrow Tuesday, the wind should shift to North-North-West in the afternoon with a trolling sky to follow. Depending on the activity in the squalls, the departure may take place between 4:30 p.m. and 10:00 p.m., the sooner the better. Romain and Alex will therefore set off in a sustained North-North-West flow. The wind will ease quickly overnight with the approach of a ridge. The end of the night will be quite soft with a wind that will shift to the South. It will then be necessary to cross towards the West to cross this soft zone and find a well-established North-West flow which will accompany them along the Spanish and Portuguese coasts. The starting window is not very fast. It does not allow breaking records at the equator. On the other hand, it allows you to set off in manageable conditions with a relatively well-established trade wind to follow. It's the first time since the start of the stand-by that we've had a window that allows us to set off without having very strong winds upwind in very heavy seas during the first few days. Not knowing what the future holds, it is better to take advantage of this window even if you can always wish for better.»

The TrimaranUse It Again! team is currently moored at the Lorient Submarine Base, ready to attack the theoretical 21,600 miles of the course. A more precise timing of the pontoon start and the crossing of the start line between the Pen Men lighthouse on the island of Groix and the Kerroc'h lighthouse in Lorient from where the public will be able to follow the start of this Round the World , will be communicated in the evening or very early tomorrow morning depending on the latest weather information. 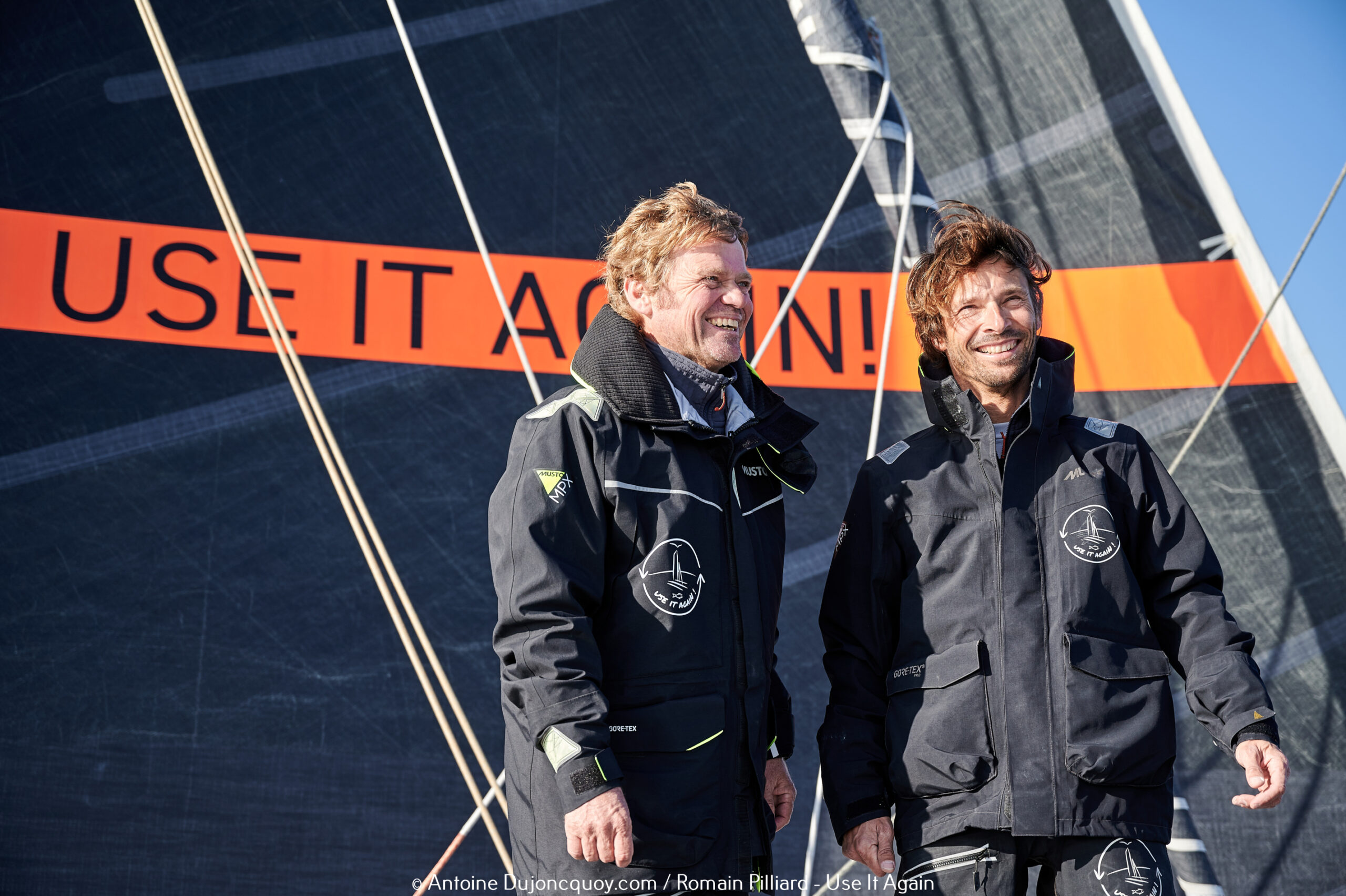