Romain and Alex ask for assistance

At 6:00 am FR this Wednesday, February 9 (1 hour local), Romain Pilliard, skipper of the Trimaran Use It Again! engaged on the Westabout Record World Attempt with the Spanish navigator Alex Pella, informed his team on land that the trimaran Use It Again! had washed up on the rocks in Cook Bay. The sailors were not injured and a Tug of the Chilean Navy was to arrive on site in the early afternoon French time to help them get back afloat and assess the damage with the aim of then going to the nearest port.

After their passage of Cape Horn, last Thursday, Romain Pilliard and Alex Pella were since sheltered in the canals of Patagonia to let pass a big depression blocking the road to the Pacific.

The explanations of Romain Pilliard, skipper of Use It Again! :

"It was 1am local when a loud noise woke me up. The boat came to a standstill. I immediately understood… We took the helm in turn, ensuring our respective shifts, sailing in Cook Bay during the night to be in place on February 9 for a new depression and before a possible exit window on the 10th to the Pacific. The weather conditions were still good, we were under reduced sail, we were progressing at 6 knots in Cook Bay. Alex was on shifts, and it was my turn to rest. After more than a month at sea, fatigue built up and Alex landed inside and fell asleep. It's a real nightmare! I don't really have the words. I am devastated. I try to evacuate and focus on the urgency of the moment. But I find it hard to believe what happened to us. At that time. Under these conditions. The trimaran is literally laid on the rocks, we are stuck in a mouse hole with rocks all around us. It's surreal to be there. To experience that. After what we have been through in the last few days. We prepared the boat to get out of here, sent a video to the Chilean Navy so that they could get us out of there in the best conditions and as quickly as possible before the arrival of the depression and without damaging the boat too much. The area is not mapped, the exit will be complicated. We are not injured, we will take the boat out of there, put it to safety, the rest we will see."

The crew of Use It Again! having requested assistance, the Record cannot be homologated. As for the continuation of the World Tour à l'Envers, it will be necessary before considering anything, to carry out a complete inventory of the boat. 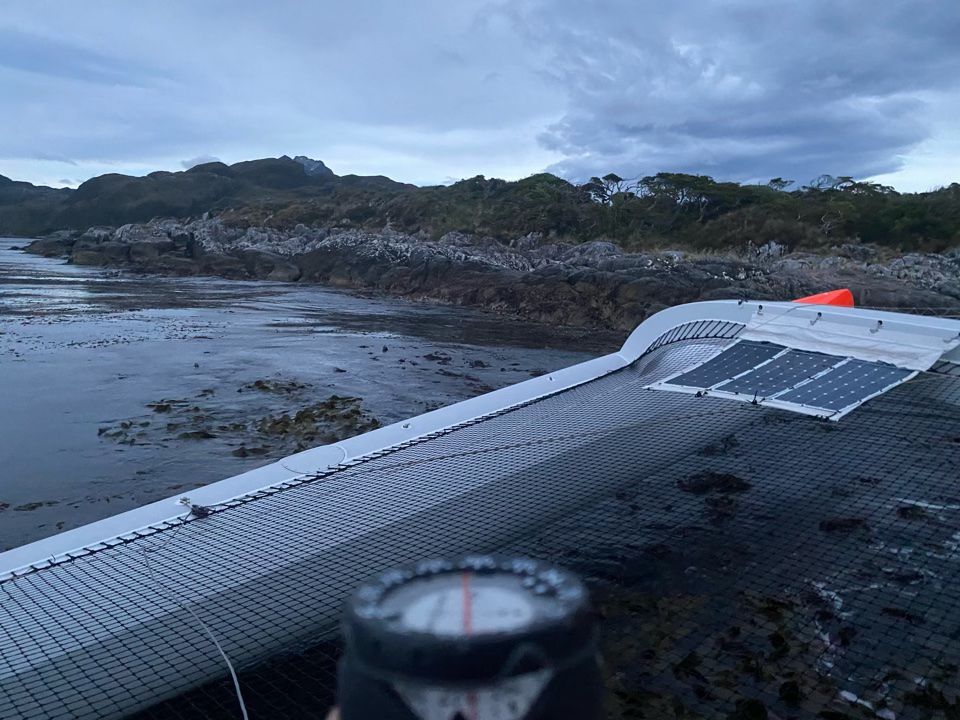