Baptism of Remade-Use It Again in Saint-Malo

Well re-baptized! It was the highlight of the day: the “Re-Baptism” of the trimaran Remade-Use It Again by its sponsor, François Michel Lambert, President of the National Institute of Circular Economy. At 4:30 p.m. this Friday, the partners and friends of the Remade-Use It Again project met in Saint-Malo to share this oh so symbolic moment. In front of hundreds of people who came to greet this extraordinary giant 23-meter trimaran and its skipper, the traditional bottle of Champagne was well and truly broken on the first try!

Romain Pilliard, skipper : “With Aurélie, my wife and partner, we decided to embark on the adventure of the circular economy for our children, for the planet. We acquired Ellen MacArthur's former trimaran, which hadn't been sailing for several years. Today, we are here at the start of La Route du Rhum-Destination Guadeloupe with Matthieu Millet (Founding President of the Remade Group), our partner, and we could not find a better partner since Remade is quite simply the European leader in the reconditioning of iphone. Behind the circular economy in France, hundreds of companies are committed. Matthieu, thank you for your trust, thank you for your support, everyone.!”

François-Michel Lambert, President of the National Institute for the Circular Economy, sponsor of the trimaran Remade-Use It Again: “It is an honor to be the sponsor of this extraordinary boat. Through this boat, you will demonstrate that the circular economy is not something secondary. The circular economy must win because the circular economy is not just about sorting waste! It is not an under-economy, it is the model of tomorrow! We don't have a second planet, we have to rethink our models. This is what is being done today on Ellen MacArthur's old "Moby" by renovating it. After traveling around the world alone, Ellen MacArthur dropped everything in 2009 for the circular economy. Today, she meets heads of state from all over the world! Imagine her double emotion to see her boat set sail again and leave with the message she carries every day for us and our children.”

Matthieu Millet, Founding President of the Remade Group: ” It's a very emotional moment! To be here today is to show that the circular economy makes things possible because when you recycle, it costs less than new! This is what allowed Remade to get involved in this project. Our Group is in full construction and we do not have the means to finance a bigger project. We were immediately seduced by this beautiful project and we are delighted to be part of the adventure. Our victory is to carry the values ​​of what we represent to explain to as many people as possible that this boat is beautiful but that it is recycled !” 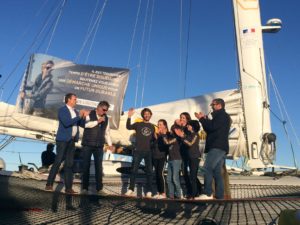 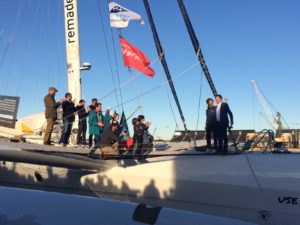 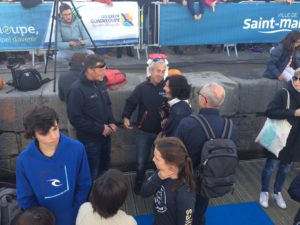 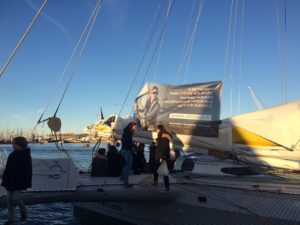 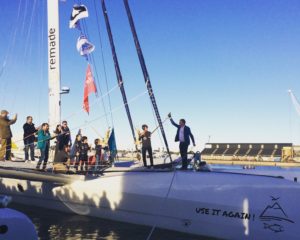 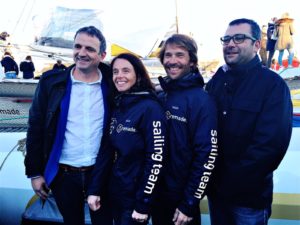