Departure envisaged Wednesday for Use It Again!

After analysis of the latest weather files by Christian Dumard, router and meteorologist of the team Use It Again!, Romain Pilliard and Alex Pella, could start Wednesday in the day on their attempt to record the Round the World upside down aboard Use It Again!, Ellen MacArthur's former trimaran, fully reconditioned. Objective of this new challenge: to promote the circular economy and raise awareness of ocean protection.

Pending a switch to Code Green – which would mean a departure within 24 hours – Romain Pilliard and Alex Pella will ferry the trimaran on Tuesday Use It Again! team between its home port of La Trinité-sur-mer and Lorient. As a reminder, the starting line of this Round the World Upside Down, validated by the WSSRC, is located between the Pen Men lighthouse on the island of Groix and the Kerroc’h lighthouse in Lorient.

Theoretical and shortest distance Around the World in Reverse from East to West: 21,600 nautical miles.

Record to beat: 122 days, the reference time held since 2004 by the navigator Jean-Luc Van den Heede in solo and monohull. To date, this record has never been achieved in a multihull, the last attempt was in 2017 by Yves Le Blevec. 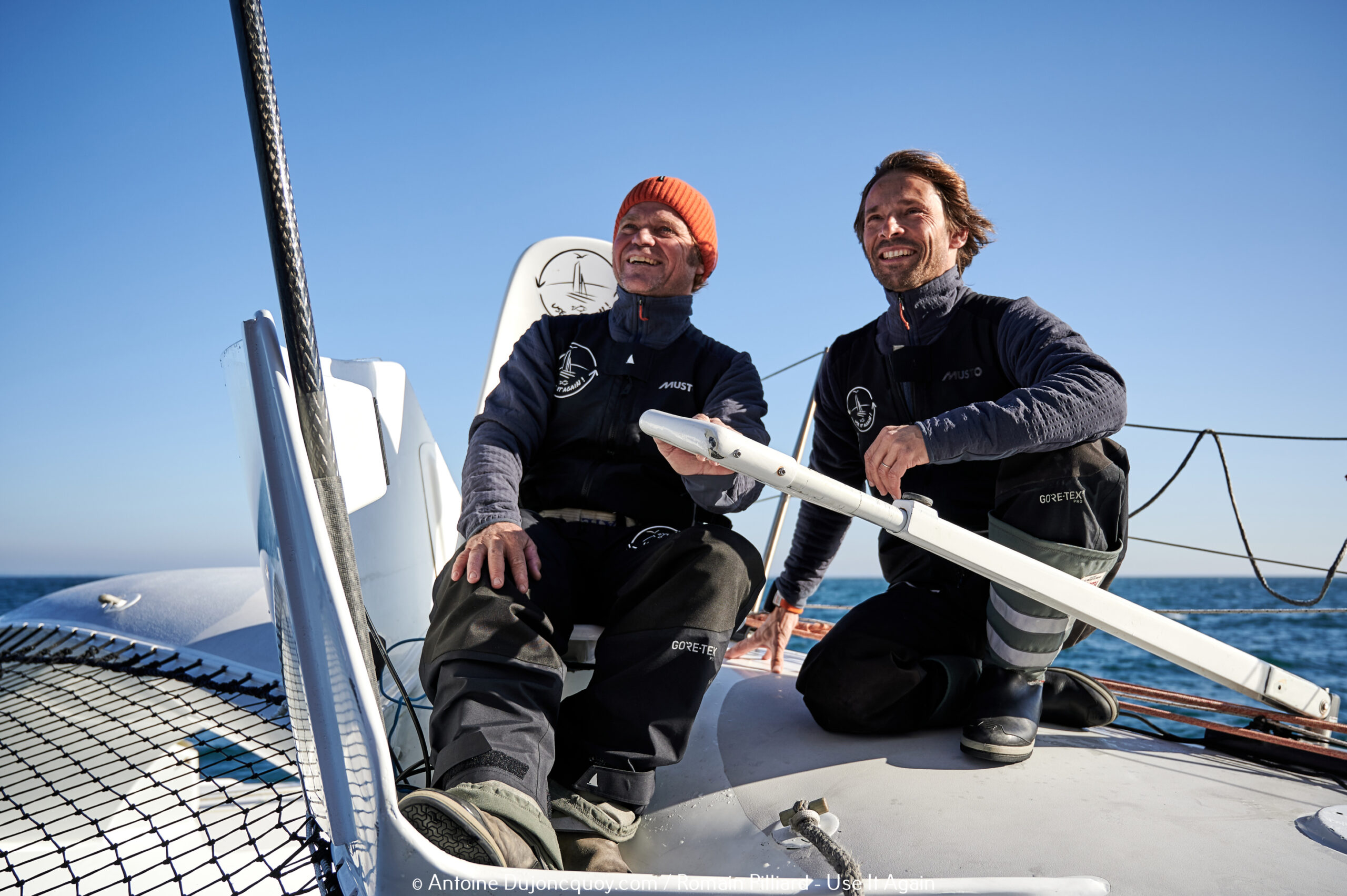