Nice start day!
After sailing with his team and his family between Papeete and Moorea where the Coral Gardeners team was waiting for him, Romain officially set off solo at 4:45 p.m. (local time, 4:45 a.m. this Friday in Paris) on this new stage of the Tour of the Upside Down World. The skipper of Use It Again! team by bus and on foot to successfully reach Ushuaia as soon as possiblewill thus establish a reference time between Moorea and Cape Town via the Torres Strait, a route little used by sailing and even less by multihull and solo! The emotion was strong, the lights sublime at the end of the day, it was off for 40 days at sea between the Pacific and the Indian Ocean.

"I feel ready"
It is alone that Romain Pilliard tackles the longest section of the rest of this Round the World in Reverse. More than 40 days of navigation and just over 11,000 miles on a direct route, a new challenge in this adventure definitely full of twists and turns for the skipper ofUse It Again! by Extia. «After the work done on the trimaran in Ushuaia, I was already asking myself the question of going solo but I think I needed to regain confidence in my boat, and it was easier to sail double-handed at that time. . At 7 months from the Route du Rhum, it will be excellent training to set off again alone! I know my boat by heart, I like solo sailing and I feel ready to spend 40 days alone at sea. It's quite a stage in my life as a sailor. “, admits the skipper ofUse It Again! team by Extia. Verification of the rigging, reinforcement of certain sails, repair of the wind turbine and the trampoline, the technical team of the TrimaranUse It Again! by Extia carried out a complete check-up of the boat in Papeete.

The Torres Strait by sail
To complete his crossing of the Pacific Ocean, the navigator will pass through the Torres Strait discovered in 1605 by the Spaniard Luiz Vaes de Torres located between northern Australia and southern New Guinea. A route rarely taken by sail, dotted with nearly 300 islands, a navigation that promises to be one of the most demanding. After having bypassed all of northern Australia, there will remain an ocean to cross, the Indian to then reach Cape Town in South Africa. "The choice of this route is based on the idea of ​​benefiting from a maximum of downwind conditions and avoiding the large depressions that sweep the South at this time of the year. This will significantly lengthen the road for me, but it is already the choice we had imagined with Christian Dumard when we were in record configuration. », explains Romain Pilliard who will establish a reference time in multihulls and solo between Moorea and Cape Town.

Meetings and activations in French Polynesia
During this stopover in Polynesia, Romain Pilliard has multiplied meetings with local associations and project leaders. "There is an incredible dynamic in the islands. I met the Coral Gardeners team, of which I am the new ambassador, it is the benchmark for the protection and preservation of coral reefs, we went into the field with the start-up Ninamu Solutions which equips schools of Moorea with composts and which creates vegetable gardens with local fruits and vegetables. Their objective is to make young people aware of the importance of healthy and local food in particular. I spoke with the founder of Oceania who works to preserve whales in Polynesia by limiting the risk of collision on the maritime routes between the islands, I was able to put her in contact with actors from Ushuaia who are also involved in saving whales. This Reverse World Tour is also about beautiful encounters, creating links and putting your network to the benefit of others. This is how we will participate, all together, in saving our Blue Planet! », recount the skipper ofUse It Again! team by Extia. 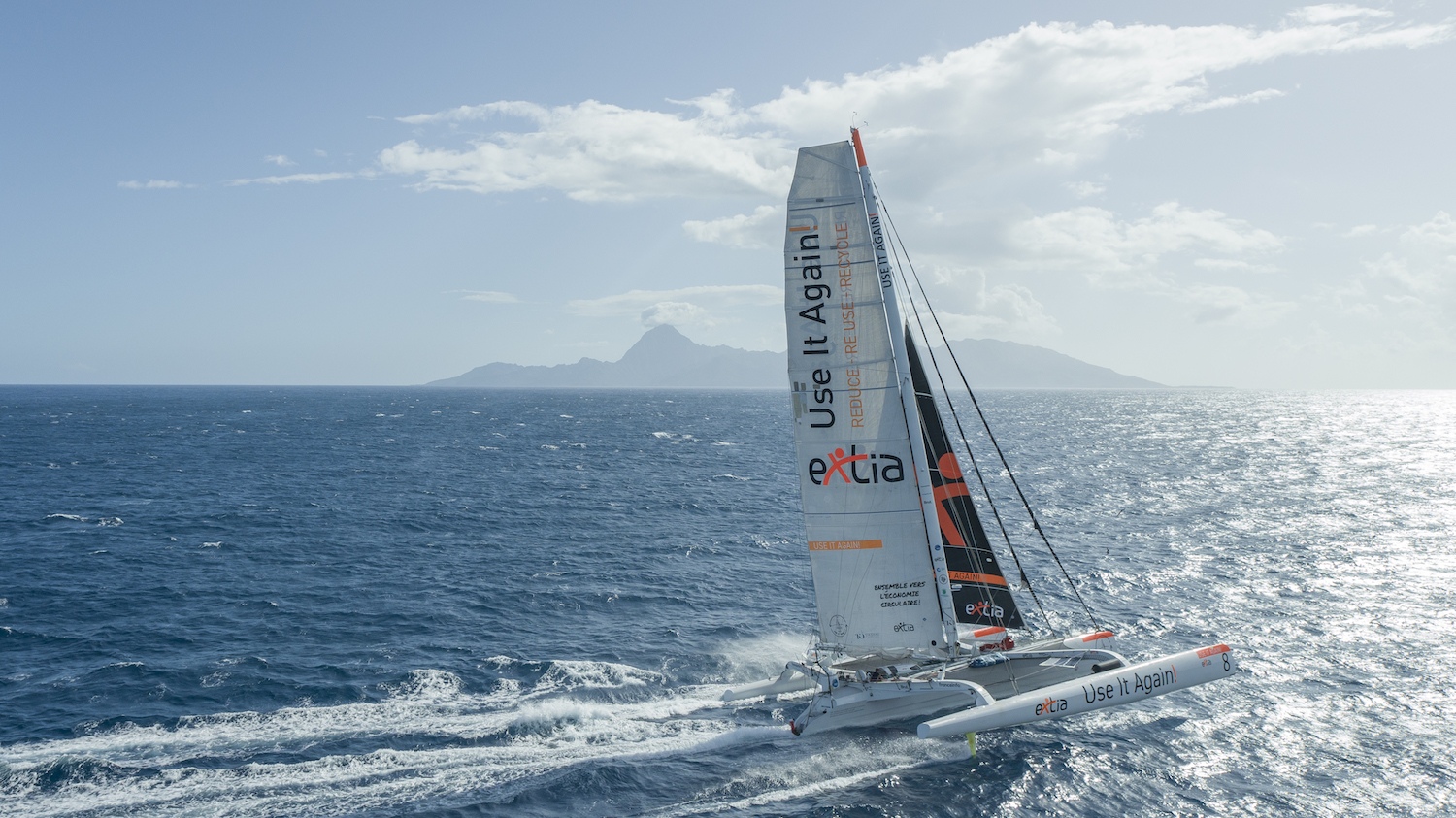