Currently, off the coast of Australia, the Trimaran Use It Again! team by Extia has been walking for a few days, one of the most threatened regions of the globe on the planet, the most endangered of the Ocean: the Great Barrier Reef.

2,300 km long*, the Great Barrier Reef is the largest ecosystem on Earth, made up of thousands of reefs, islands made up of hundreds of coral species, home to thousands of marine species. You can even observe it from space! True oases of life, coral reefs cover barely 0.2% of the oceans but are home to 30% of marine biodiversity!

The Great Barrier Reef is threatened by global warming, rising water temperatures cause stress on the coral which then expels zooxanthellae (algae), which leads to bleaching and then death of the reef.

A latest study published Tuesday, May 10, estimates that 91% of corals have bleached. A disaster that is not irreversible, because a bleached coral is not yet a dead coral, but a phenomenon that must be taken very seriously.

If the Great Barrier Is Affected by Climate Change – its most serious threat – it is also posed by human activities: water pollution by agricultural pesticides discharged into the ocean, port activity, fishing, mass tourism, etc. In 2017, the construction of a mega coal mine "Carmichael Coal Mine Project" began in Queensland along the Coral Reef, consisting of five underground mines and six open pit mines, it must supply 60 million tons of coal per year. The coal extracted is transported by train and then by boat to India. A disastrous project that would lead to massive acidification of the ocean when half of the corals are already dead. Since the beginning of the project, the Indian group Adani owner of the mine has seen its project slow down in the face of pressure from many collectives including the resistance of the Indigenous peoples Wangan and Jagalingou.

In 2019, an excellent documentary "Sur le Front" by Hugo Clément looked back on this ongoing ecological disaster. A must see! What about today? Difficult to know precisely, as the omerta is so great in Australia, one thing is certain the figures speak for themselves, the Great Barrier Reef is dying ... 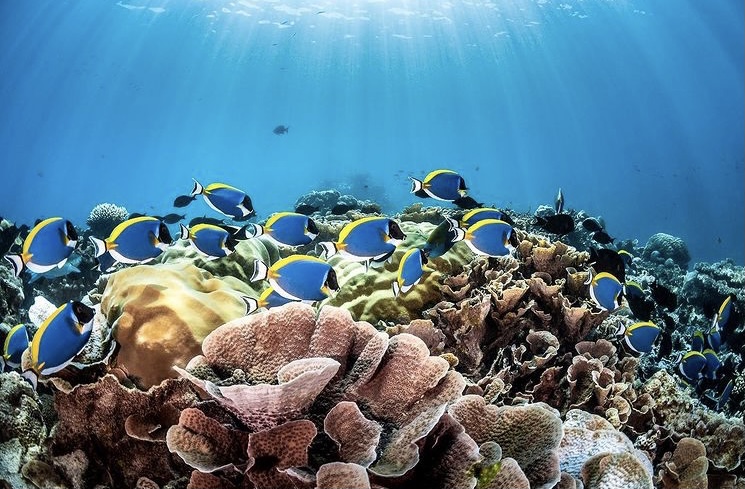 Photo of corals by the talented Greg Lecoeur