“Hi everyone, I was close to correctional last night! Around 9:15 p.m. UT, then I was in a violent squall (up to 47 knots) which lasted 30 minutes, I was surfing at almost 30 knots, I lost total control of the boat. I was under J1 and GV high, I felt that it was pulling the pilot a lot and when I took the helm, I had no more direction. I thought there was a problem with the steering system so I took it easy by furling my headsail and lowering my mainsail. I then realized that the central rudder was up. I must have hit something but with the din in the boat, I didn't hear a shock. The rudder fuse screws have broken, they are made for this and allow the rudder to rise and not explode in the event of an impact. They did their job well! I stabilized the situation, put the rudder back down and installed new fuses. Then we had to put the canvas back on. It was very tense to have the boat sliding at 30 knots without the pilot. More fear than deep pain, but this misadventure took me a good 3 hours and I suffered physically. I sent back two reefs then I went under J2 then J1. This is what explains my loss of diet of the night. Now I'm going to put more coal! » 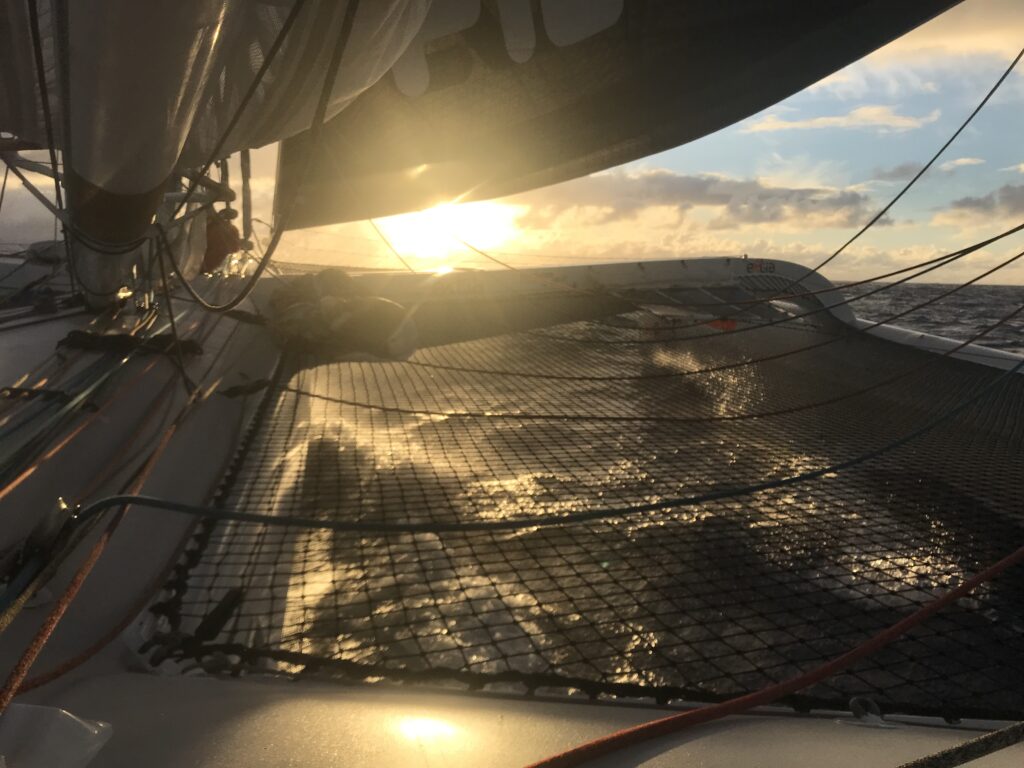